What a nice day!  We got up semi-early and went out for breakfast.  The first place wasn’t open yet so we ended up at Le Pain Quotidien, then to Michael’s apartment where we played piano a little then decided to take a Detour app trip called Ken Burns’ Brooklyn Bridge. It was just a tad weird that we took an Uber to go for a walk starting place but we did. 🙂

It was really fun.  The app used our location so it told us what we needed to know right where we were.

It started right near Bargemusic in Brooklyn. According to the New York City Department of Transportation, more than 120,000 vehicles, 4,000 pedestrians, and 3,100 cyclists cross the bridge each day.

The bridge first opened to the public in 1883 in a dedication ceremony presided over by President Chester A. Arthur and New York Governor Grover Cleveland. Any pedestrian with a penny for the toll was welcomed to cross—an estimated 250,000 people walked across the bridge in the first 24 hours—horses with riders were charged 5 cents, and it cost 10 cents for horse and wagons.

The following year, P. T. Barnum, of circus fame, led 21 elephants across the bridge in an attempt to quell public fears about its stability.

The pedestrian toll was repealed by 1891, along with the roadways toll in 1911, and the bridge crossing has been free to all ever since. 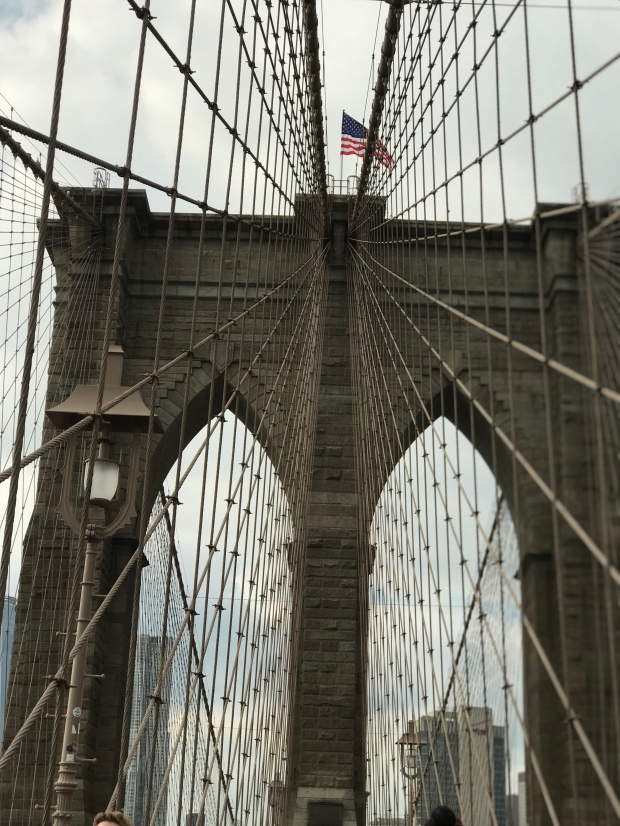 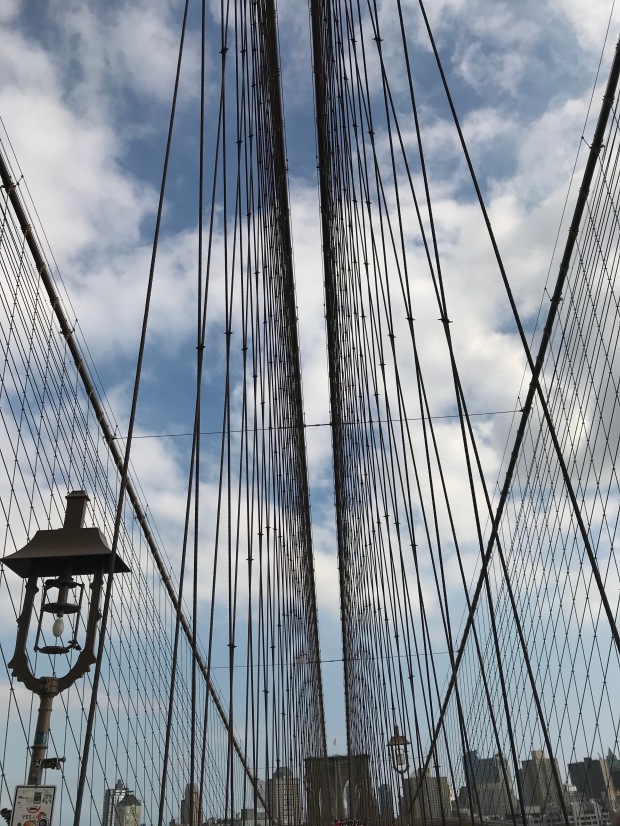 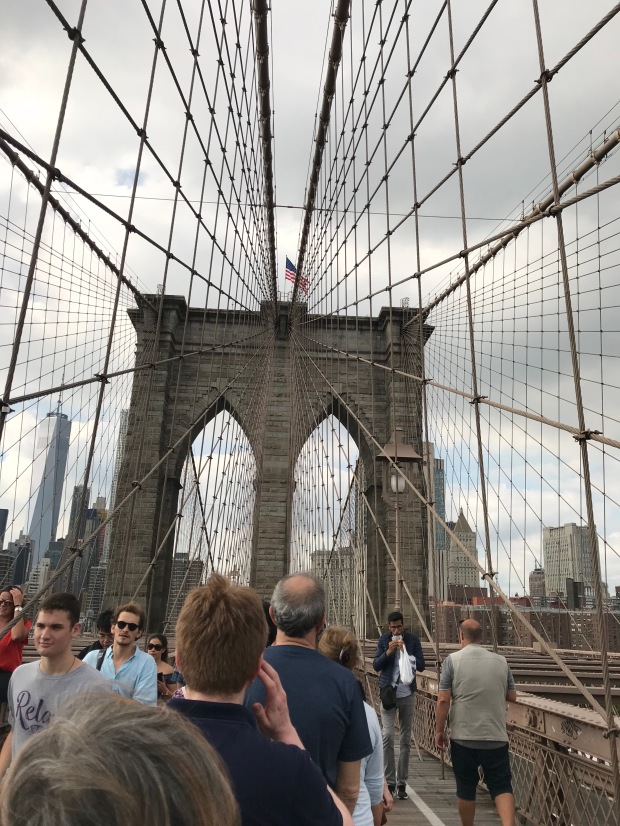 Tom took lots more picture but this will do for now 🙂

Then, after the briefest of naps, we went out for yummy Thai food at Thai Sliders and Co.

Uber back to our place to sit on “our” terrace from last night. Such a nice view 🙂