This post began with and is adapted from http://www.maryo.co/giving-thanks-day-7-october-24-2017/

We’ve been fortunate to be able to travel to several interesting places.

Last fall, we were able to go to Copenhagen to embark on a Baltic Cruise.  This was the best cruise ever, although a little tiring!  I’m still catching up on these blog posts but I have done posts for Copenhagen, embarkation, Warnemunde, the first sea day, Tallinn and the first day of St. Petersburg so far.  Hopefully, I’ll get the rest done before next year!

In the Fall of 2018, we did a cruise to Canada.  It looks like I still need to write those posts, too. 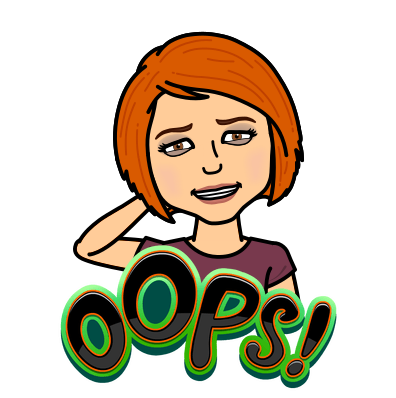 Some trips, like Iceland, we just lucked in to. We’d wanted to go to Ireland but the travel agent couldn’t get us in at any time over that summer. She did get us a deal where, if we flew Iceland Air, they’d give us a free week in a hotel in Iceland before flying us to London. Duh! Wonderful trip.

A couple years ago we were in Costa Rica and took a day trip to Nicaragua where we stood at the rim of Masaya, a live volcano.

And a neat train in Alaska (more about this trip here: http://www.cushingsonline.com/Alaska/alaska.htm)

Our bus driver was a very good driver who told us all about the history of Skagway and the surrounding areas. Our first stop was Liarsville (http://www.klondiketours.com/goldcampshow.html), a tent village for gold miners. It was called Liarsville because many newspaper reporters were there publishing tales of how “easy” it was to find gold and become rich. No Way! The locals did a show for us and let us pan for gold. Of course, most everyone found some little gold flakes. A very hard way to make a living!

We made our way up the White Pass on the Klondike Highway to a 3,000 ft waterfall, Dead Horse Gulch (a lot of packhorses couldn’t make it the whole way), the Moore Bridge, Yukon Suspension Bridge at Tutshi Canyon and up over the West White Pass into Fraser British Columbia Canda, the same way that the miners had to walk or go with pack animal and 2,000 pounds of supplies. Much easier by heated bus! It was very scenic and we took lots of pictures.

At the summit of that, in Fraser, British Columbia, we got on the White Pass & Yukon Route (WP&YR) Railroad train.

The WP&YR was originally built to help those miners who were hauling the ton of supplies up the pass but they finished building the railroad a year after the gold rush had ended. There’s more info about this railroad at http://www.wpyr.com We went over trestle bridges, through tunnels, over glaciers. Definitely a worthwhile trip.

Here’s a bit of our train trip. Tom took this from the platform between the cars:

A very scary road between Stirling and Kinlochard, Scotland:

A helicopter around Barbados (more about this trip at http://beautiful-barbados.blogspot.com/2008/08/wednesday-week-one-helicopter-day.html)

Panama Canal.  In the volcano image above, I’m wearing the t-shirt for the Panama Canal Railway that runs through the jungle.

Costa Rica and the Oh My God bridge.  They took this down while we were there – thank goodness!

And the not so good: Fire ants in Hilton Head, Thunderstorm while walking on a very slippery wooden walkway through the Everglades, Africanized Killer Bee in Costa Rica, …

I, too, was stunned to hear the news this morning and continuing throughout the day.

It was just something unbelievable.  My husband and I were on a Land Rover 4X4 tour of the off-road areas of Barbados when we first got the news.

At first, when we got the very first news, around 9:30 am, I thought that it was some tale that the driver was weaving…and that there would be a punchline.  As the day wore on, more interest was on the radio than on the tour.  Some of the people in our Land Rover were from New York City and they were terrified for friends and family.

What an awful day in history this is, one of those that we’ll always remember where we were when we got the news.

Like the rest of you, I am stunned, absolutely shocked that this could happen, using our own planes, no less.  I cannot imagine the terror of the people on those planes, or in the World Trade Center…or the Pentagon.

The rest of the story:
The year of 9/11 my mom and my son had been with us for the first week. My son had to be back at college so on Sunday he shepherded my mom through the airport, customs and all and got her back home before he headed back to UMass/Amherst on Monday. Thank goodness they got back before the mayhem started!

On Tuesday we were out on a 4X4 from Island Safari with our favorite guide, Zario. Zario is a fun guy and and very knowledgeable about Barbados and world events. We were very happy to have him again because it was the “luck of the draw” which driver/guide we got.

I remember that morning being kind of stressed already – I was having trouble with one of my contacts and I was just grumpy.

Zario picked us up first, one of the benefits of staying at The Crane – everyone picks us first for everything and drops us off last. Then he picked up another couple from New York City who were staying at Bougainvillea.

The tour started off through the fields, down cliffs as usual. Zario had the radio on in the background. When we got to the first stop he told us that there was a “problem” in New York. That it seemed that a plane had hit a building. We thought that there was going to be a punch line somewhere. There wasn’t.

As the tour went on, the news got worse. The couple from NYC was very worried about relatives.

By the time we got to lunch and met up with the other 4x4s everyone had heard. We were in a little chattal house restaurant, the TV was on CNN and everyone was just watching in silence and horror. Usually this lunch is very festive and fun. Not a care in the world. Not today.

We left the New York people off at their hotel and went “home”. The TV was full of New York news, then Pentagon news. We know people who work at the Pentagon. The news just got worse as we went along.

We were basically stuck in Barbados.  Phones to the US didn’t work well, email was slow to non-existent, all we knew was what we got on CNN, incessantly.  My mother and son had been with us the week before and had just flown back the Saturday before.  I was so glad that they had gotten back home ok, then my son off to college.

We were supposed to fly home on the next Saturday, but if was iffy if that would happen since the airports were closed for the longest time.  We were flying into the DC area. The phone lines to the Barbados airport and to American Airlines were always busy.

Finally, we decided to give it a shot, packed up and went to the airport to see if we could fly out or not.  They could only guarantee the flight as far as Puerto Rico.

The San Juan airport was crowded with Americans trying to get home, flights being canceled due to closed airports, people sleeping all around the airport, using backpacks for pillows.  It was a very difficult time.

We did finally leave for home later that night.  This is what I wrote the next day…

I flew on American Airlines last night (9/14/2001).  We left Barbados on time but the connecting flight, originating out of Aruba was very late, and we waited for a long time in San Juan, Puerto Rico.

After that flight had arrived though, we were all sitting around, hoping they’d board the plane soon.  All of a sudden, there was cheering in the hallway.  We turned to look – our pilot and crew were marching up the hallway with a huge American flag.  He stopped and talked to us.  He explained that the copilot would hang that flag outside his window as we taxied out of Puerto Rico and into Dulles.  The flag was making the rounds of American flights all over the country and that the yellow streamers hanging down were being signed by all the American crew members.  He posed for lots of pictures (I have some I’ll post later, when my eyes are less bleary!), then, as they were going to get the plane ready, he asked us in a loud voice if we were ready to fly to Washington and everyone cheered.

Along the way, he thanked us so much for having faith and flying (like we had any choice!).  The headphones for the movie and the drinks were all free on this flight!  He also told us that there were a lot of fighter planes in the Washington to NY corridor and not to be surprised if we were intercepted by one, who would just be making sure that we were “who we said we were”.  I thought that would be kind of neat to see, but I didn’t see them.  We arrived in Dulles (Washington, DC) with a jet fighter escort.  At the time, that sounded so comforting, but it turned out that they had been there to shoot us down, if we’d made any funny moves.

Then, when we arrived at the terminal, the captain said that we were back in “the land of the free, and the home of the brave” and got some more cheers.

It was a memorable flight for someone like me, who is terrified of flying under the best of circumstances.

9/14, San Juan Puerto Rico:
After the crew marched down the hallway.

The captain, letting others have a chance to fly the flag.

This young woman lead us onto the plane.