Tag Archives: Inn At The Opera

This morning was a “working day”.  I had things to catch up with for my various web sites, Tom was finishing up  some testimony.  So we worked on our computers, then went for breakfast at Pläj.

Since we’d bought those fleece jackets on Day One, we needed more luggage for the trip home.  Kelly had told us that there were 2 luggage stores near the Absinthe restaurant, so we went out to find them, stopping first at Walgreens for sunblock.

We found the stores fairly easily…and found that they didn’t open until 11:00AM.  So we walked a bit until they did open.  The first store sold Timbuk2 bags which I love, but I’ve bought them way cheaper on Amazon so we walked on.

The next store had a small selection of packable bags so we bought another one of those.  I must have 10 from different trips.  I always think that we won’t be buying anything but…

Back to the Inn at the Opera for a bit more work and a nap.

As we’d arranged, Kate, the Patient Advocate from Korlym, was going to take us out for the afternoon.  She arrived about 2:30.  Tom was enough done with his work that he went along, too.

We had a wonderful time seeing things on a more personal level than the bus.  We went through Golden Gate Park, got out and saw the ducks, a waterfall, redwood trees, a pagoda, bison and more.

Then, we went to the Legion of Honor museum to see an exhibit called Impressionists on the Water.  We had the headphones so we got even more out of the fantastic exhibit. 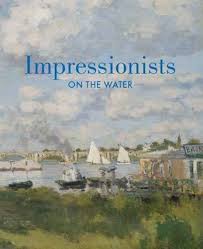 The museum was closing, so we drove by the coastline and walked a bit.  I wasn’t thrilled by the sign about the coyotes and I had no intention of approaching OR feeding any of them!

Our last stop was to see the Painted Ladies they kept mentioning on the Big Bus tour, then both Kate and Tom had work to do – and I had a nap to take – so she dropped us off back at “home”

What a fun day!  Here are all the pictures.  Can you tell I’m getting lazy with labels and identifying where they are? 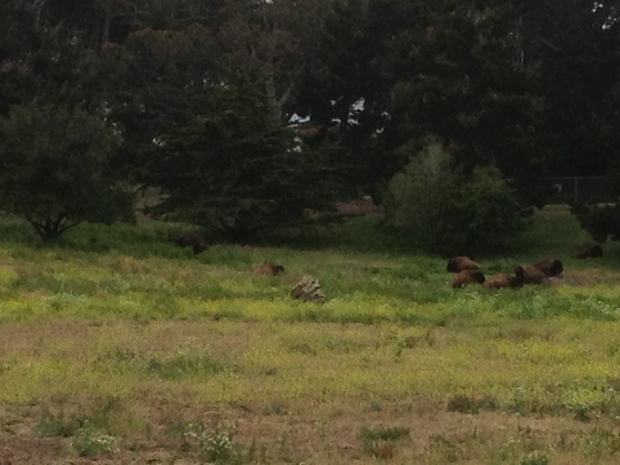 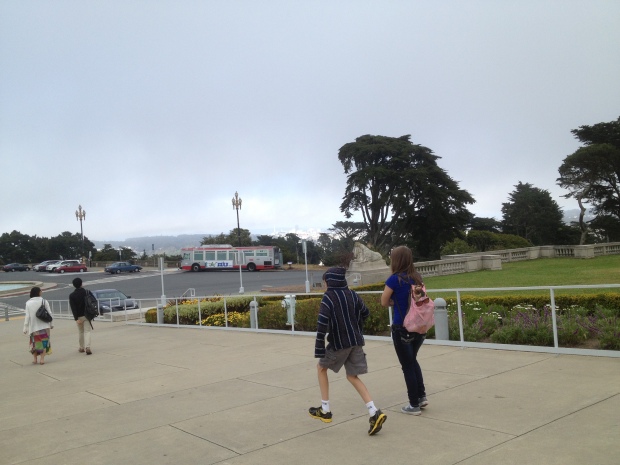 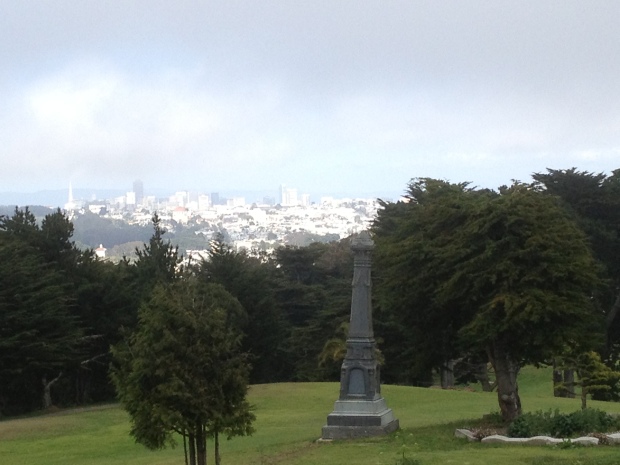 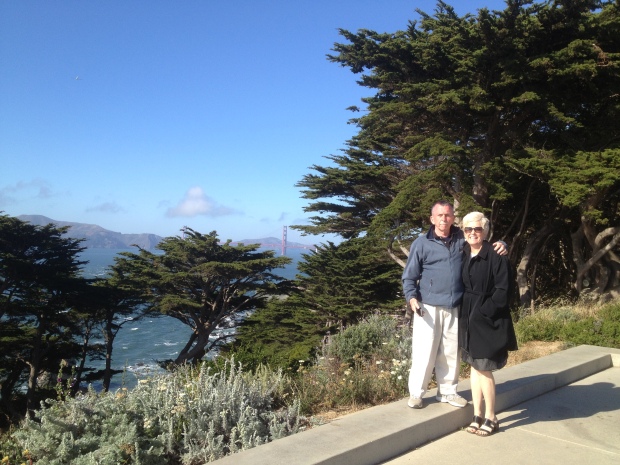 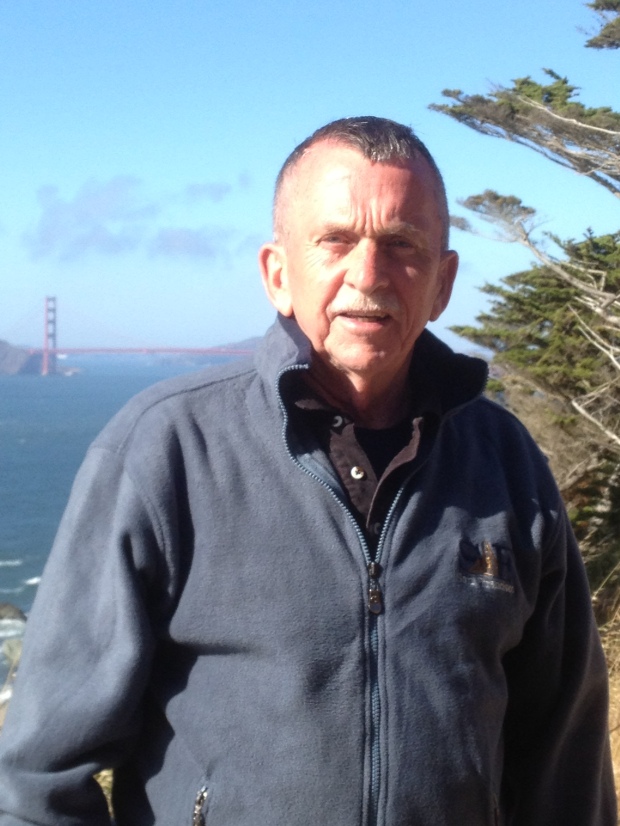 After the work/nap, we headed out to Stelline for an Italian dinner, then the end of another long, but wonderful, day. 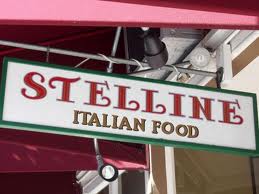 Monday started out just like yesterday – a bit of computer work, down to Pläj for breakfast, out to get the bus for today’s tour.

Our route today was slightly different because it wasn’t Sunday, there was no marathon and no gas leak.

I didn’t take quite so many pictures until we got off at the Golden Gate Bridge.  We wandered around there for quite a while and read all the exhibits and took pictures of everything. 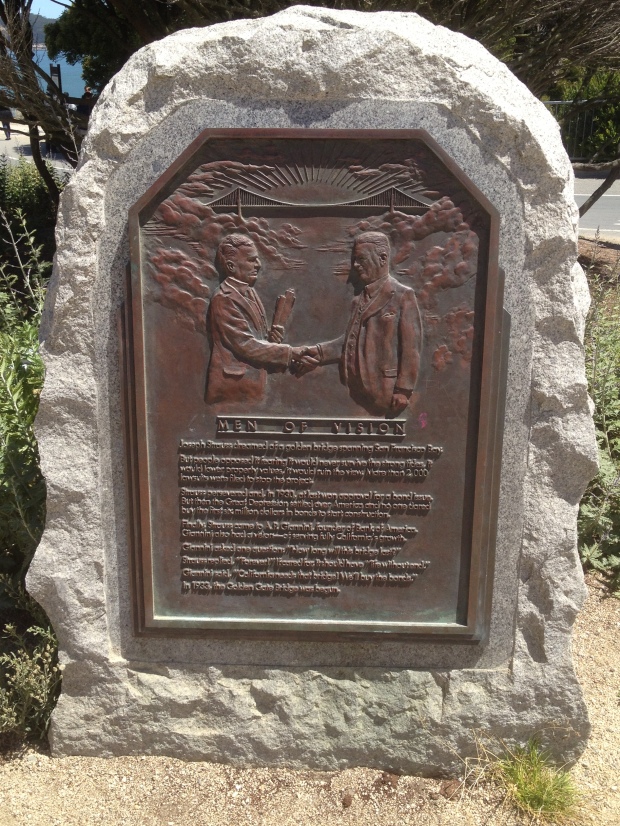 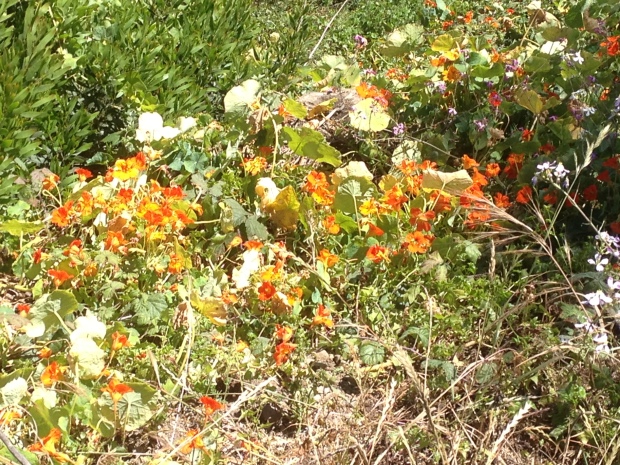 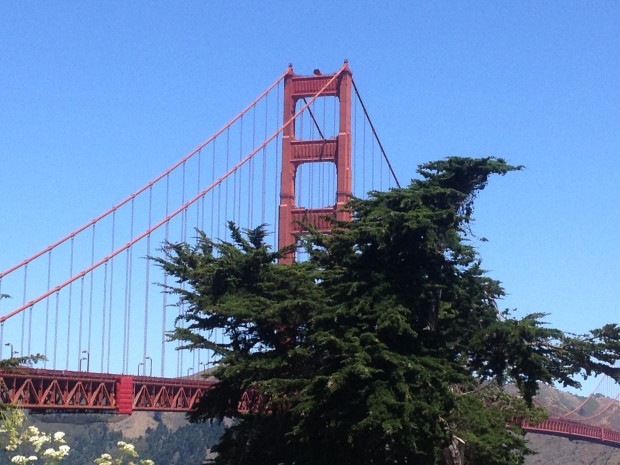 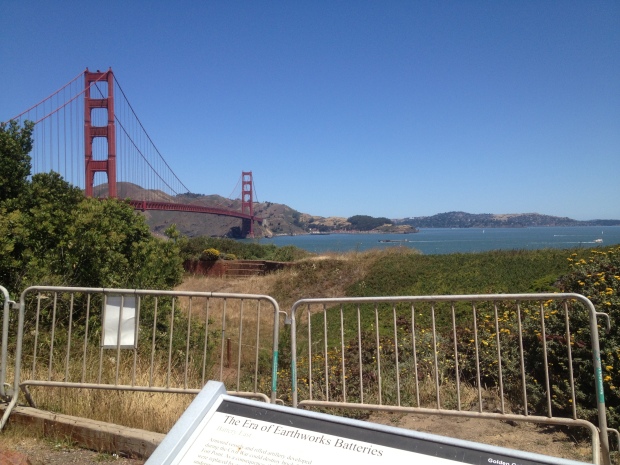 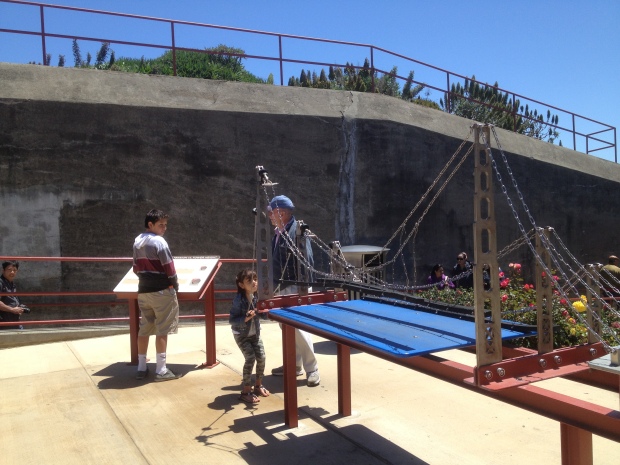 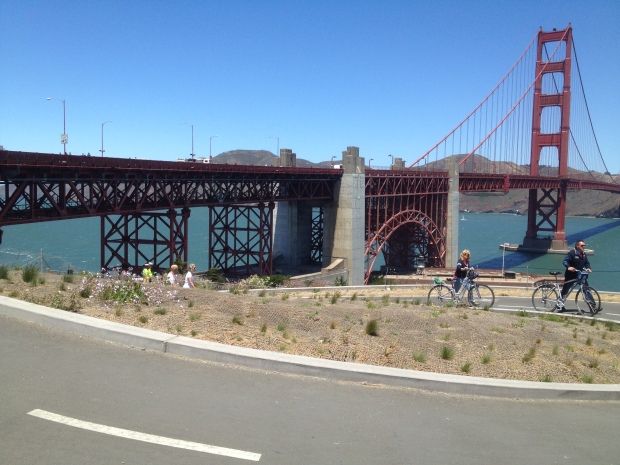 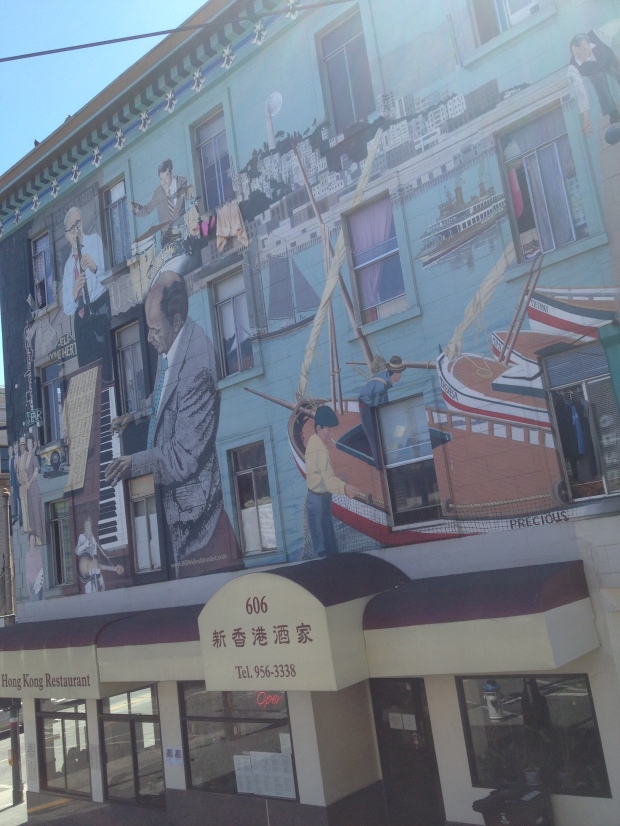 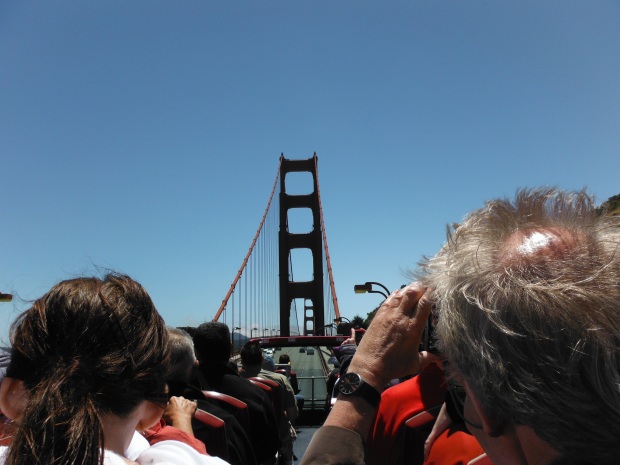 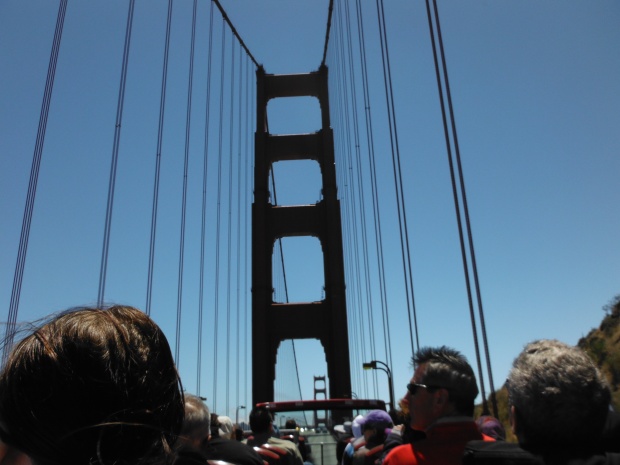 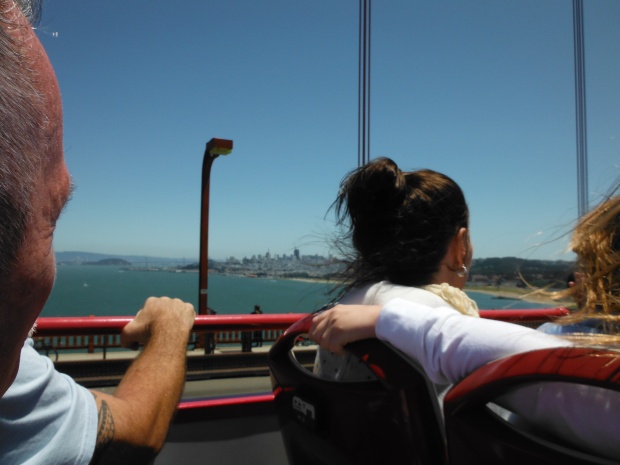 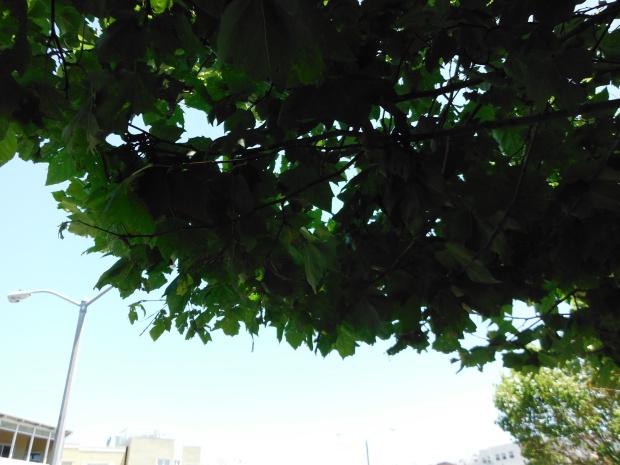 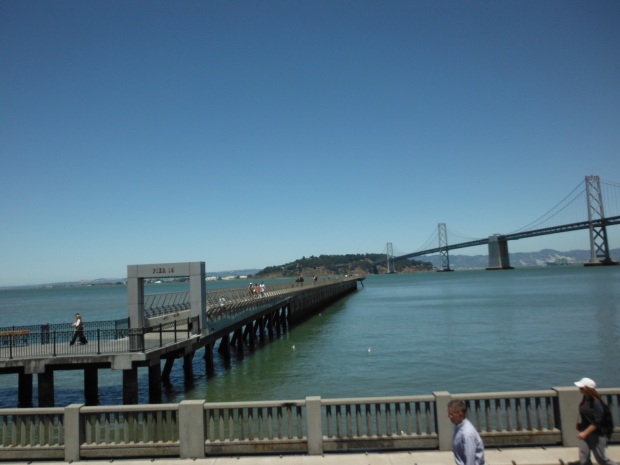 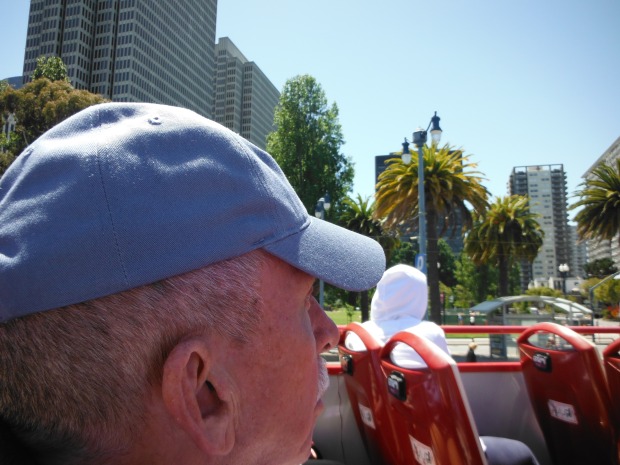 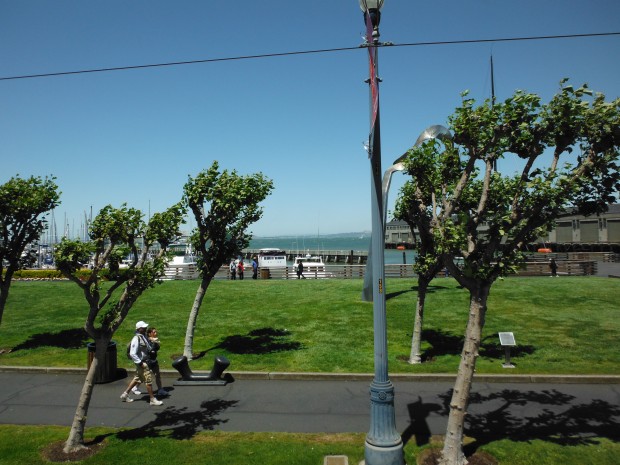 Then, back on the bus to Pier 39 on the Embarcadero.

We walked around there, had some ice cream then walked to Pier 40, Fisherman’s Wharf.

Then we caught another bus to complete the circle and home!

The full map is available as a PDF here.

Here’s a map of where we went the first 2 days: 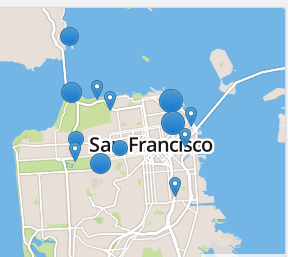 At night, we had dinner with some folks from Corcept Pharmaceuticals, makers of Korlym for Cushing’s Disease, at Alexander’s Steakhouse.  I’d met 2 of them before at different events, Tom had met one. We talked about a variety of things from the Boston Red Sox to Cushing’s to Benghazi.

Taxi back to the Inn at the Opera, then bedtime!