So far this year its been mostly work, snow, ice, work…

I did get to go to a Rare Disease Conference at the NIH last month.  That was just a day trip but it was a good one.  I always like going back to NIH.  I spent so much time there when I was being diagnosed with Cushing’s and post-op that it feels like a second home to me.

We had lunch in the real cafeteria – more memories.  When I was an inpatient, my DH and young son would come visit most nights and we’d have a late dinner there.

Last November 30, my son and I got to play a 2-piano duo in the Steinway Hall Rotunda in NYC.  As it turned out, we were the last ever people to play there before they moved to a new location in Manhattan. 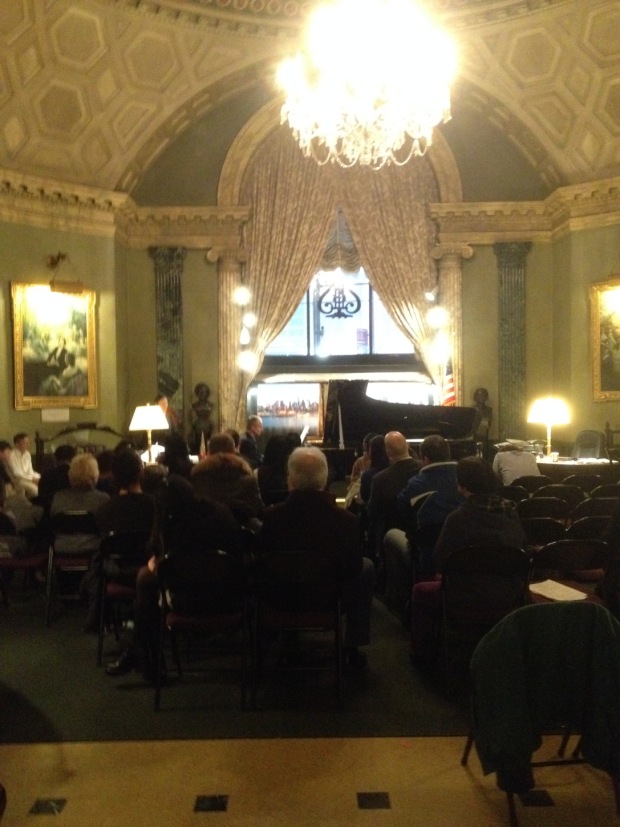 Here’s a brief video of him playing his solo and one of us playing 2-pianos:

We are currently getting ready to play a duet (1 piano) at the temporary location for Steinway in early June, 2015 …the same day we leave on a cruise to Bermuda.  Talk about a tight schedule!

After the November recital, we went to see the Intrepid in NY Harbor.  Across the water, a couple berths over I saw a cruise ship departing.  I didn’t know/didn’t care where they were going but I found out.

For Christmas, everyone’s gift was a cruise on the Norwegian Breakaway to Bermuda.  More on that later.

Also, this summer will be a trip to Scotland to see and hear the Edinburgh Tattoo.  This has been on my bucket list for a long time.  My grandfather was in the Black Watch and I just love to hear bagpipes. Even my cellphone ringtone is Scotland, the Brave.

A bit more about him here.

This weekend is a Handbell Festival in Maryland – kind of exciting, too 🙂